Our Dentists Recommend A Cleaning Every 6 Months! Book Now!


Our team loves our puppies, which is why we are working to raise $1,500 for 4 Paws 4 Life Pet Rescue! To learn more about our fundraiser, call our office. Otherwise, we are proud to introduce the furry family of Arbor Dental Group! 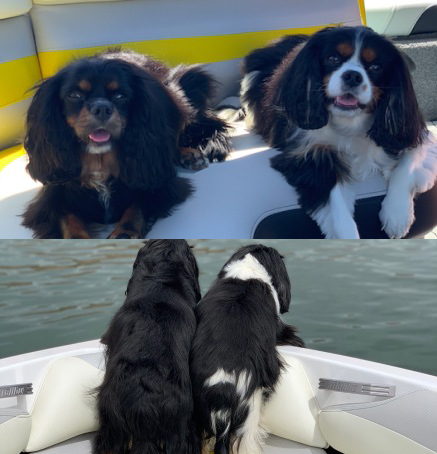 Cooper and Chloe are King Charles Cavaliers. They enjoy boat rides, playing fetch with Dad and going shopping with Mom. Almost five years ago, Cooper’s sweet face appeared on Facebook and we had to call and see if he was available locally. We were shocked to find out he was here in Wellington, Colorado! Cooper came home with us three days before Christmas, and his brother, Abel, came home with our daughter and her husband. Cooper knows his brother’s name and gets excited when we tell him he is coming over. He can shake and high five. He has been such a good dog we decided to get him a sister from the same breeder. Chloe is as sweet and loving as Cooper, and she fit in with our family right away. I cannot imagine life without these two lap lovers!

This is my Stella! She is a 7-year-old American Bulldog. I got her two years ago when a friend of ours couldn’t keep her. She is such a cuddle bug and has to be near you all the time. Her favorite words are “treat” and “outside.” She is the best dog I have ever had. Love my Stella girl! 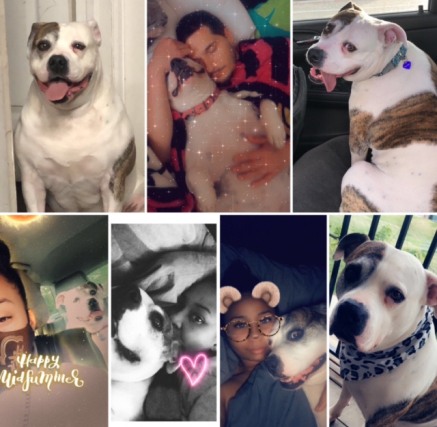 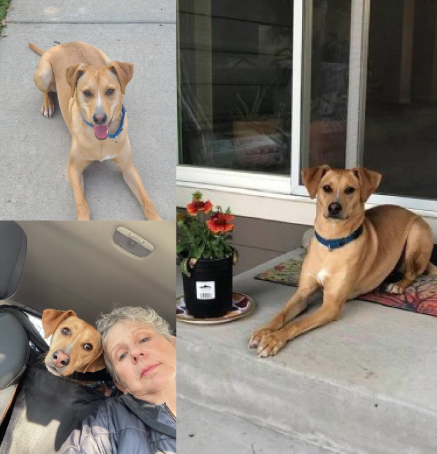 Last year was quite the year! I was lucky enough to find another perfect pooch for me! When we temporarily shut down for COVID-19 on March 18th, I decided I should foster a pup. It took a week and a half before I finally found one available because everyone was adopting or fostering new pooches.

On March 28th, Evergreen Animal Protective League brought me Colorado Rockie, a 7-month-old mutt, to foster. When he arrived, he was quite timid and very unsure of his surroundings. He did not know how to walk on a leash and was afraid of his own shadow. I sat down on the curb to greet him and he immediately jumped into my lap—all 35 pounds of him! Uh oh!I only had Rockie for about three hours when I got an email from the shelter saying they had two applicants to adopt him. My first response was, “I just got him!”

The volunteer said, “Well, you are a foster and that’s what sometimes happens with fosters,” so I asked her about me keeping Rockie. She said I had first choice since I was his foster, and I would just need to pay the adoption fee. As soon as I agreed to that, I started second guessing my decision because I really didn’t know anything about him, other than he was one of the sweetest guys around.

Being a foster failure with Rockie is one of my best failures! We just celebrated our 1-year gotcha day. He is so smart, loving and protective, and he melts my heart, makes me laugh and definitely tests my patience on a regular basis. He has gone through some training and is such a quick learner. He can now catch a treat off of his nose. I have never had a dog that loves to cuddle as much as this boy! His favorite thing to do is chase his ball at the dog park. He is so fast! I just need to work on him bringing the ball back instead of having to walk to him!

He is now 1.5 years old, and I can’t wait to see what other adventures we take together! Next we will train him to ride on the bow of my kayak—wish me luck!!!!

Years ago, when my mom and dad were still with me, my dad took my mom’s car to the mechanic because she said it was making a funny noise. The mechanic asked my dad where the noise was coming from and what it sounded like. My pop’s response was, “Hell! I don’t know! My wife can hear it, but then again, she can hear a ladybug fart!” Ever since that day, ladybugs have been a huge part of my family’s life—most of us have ladybug tattoo somewhere on our bodies!

Fast-forward many years …In October 2018, a friend of mine was working an adoption event for 4 Paws 4 Life. She sent me a picture of a pup that was up for adoption named Lady Bug. She was a white-with-blackish-brown-spots Blue Heeler mix, about 55 pounds. My friend knew the ladybug story and thought this pooch and I belonged together. I said I didn’t want her because it had been a while since I had a dog, and I was too busy, and she was too big for a condo.

A few months went by, with me looking at the website often, seeing this precious girl still not being adopted. I decided to go and meet her in January 2019. I went to an adoption event that she was at and realized she was even bigger than I thought. I left that night without her, but I could not quit thinking about her. I talked to a few friends and they suggested I foster her. I went to 4 Paws 4 Life in Sedalia the next day and ended up bringing her home as a “Foster to Adopt” pup. Early the next morning, I emailed them and said Lady Bug was at her permanent home!

She was the sweetest, smartest, most precious dog I could have ever gotten! She went through two different dog obedience classes and graduated with honors! She was my companion, side kick and best friend for almost a year.

Unfortunately, in December 2019, she was diagnosed with bone cancer and I had to make the impossible decision to let her go. The year I had with her was one of the best! She loved me unconditionally and I know I gave her the best final year of her life. I miss her so much and still talk to her on a regular basis. I will never forget that baby, and I know I will see her some day at the end of the Rainbow Bridge! 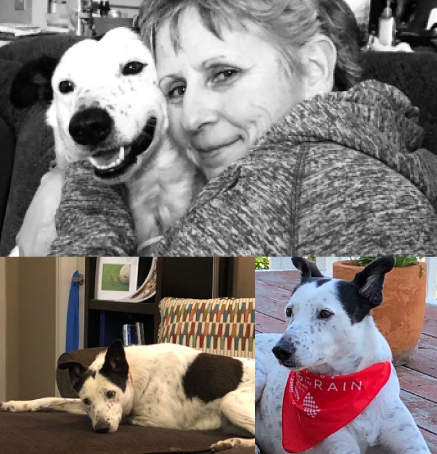 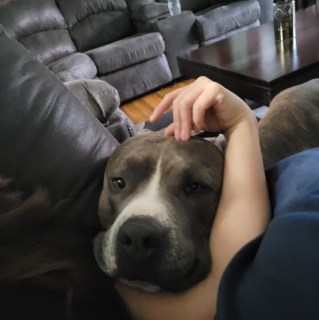 Our lovable Kobe! He is a full-blooded pit bull. He turns 2 years old on August 11th, so 13 years old in dog years. He acts just like a little kid. He must have all the attention—if we are talking to each other, he will come in between and jump on one of us!

Meet Loki, a 7-year-old long-haired dachshund. He is the ultimate burrower and insists on sleeping under all covers, cuddled against our legs. He has more cat tendencies than dog: he loves sunbathing and sleeping on the back of the couch, he prefers his naps to be uninterrupted, and he wants to be cuddled 24/7. He can get quite whiney and wants to be held like a baby. He needs undivided attention and will use his snout to knock your phone out of your hand when he wants to be pet. He gives more unconditional love than humanly possible. He will always greet you by licking your ankles and sneaking in a lick to the face if he can reach. He is the greatest companion and has been my sidekick since I was 20 years old. I can’t imagine life without him. 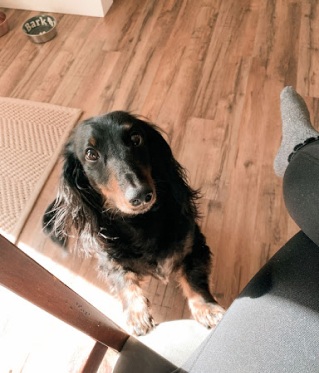 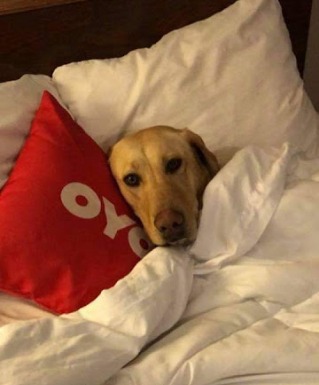 Meet Maggie May! She is a 2 and half years old and a yellow Lab. Her favorite thing is snuggles with her dad — she is a daddy’s girl!

I could say so many things about my sweet girl, Aspen. This fluffy girl has changed our life forever. I never knew what life was without her. She’s our beautiful, sweet adventure pup! She loves the snow and toy balls, and with that combination, she could spend the whole day outside if she had the choice! She loves going on truck rides with her dad, and that’s why we ended up getting her some goggles for maximum vision at 70 mph and over! Life has become so much sweeter with her by our side. 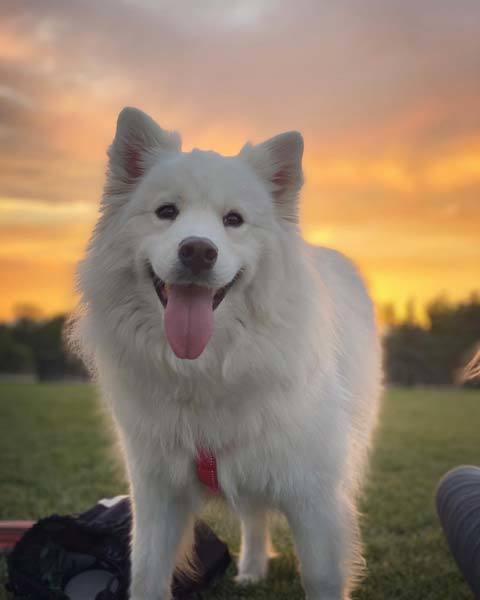 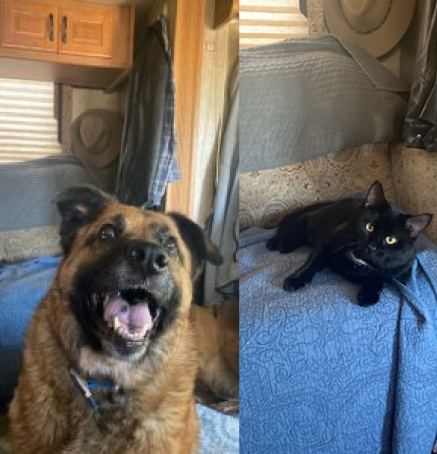 Zeus is a 9-year-old German Shepard, Chow, Mastiff mix. We got him at 6 weeks old. He is a big bear and loves to be on a boat while Mom and Dad are fishing. He tries to catch the fish on his own. Kit Kat is a 1-year-old cat who we adopted six months ago, but it was more like he adopted us. He would come to our yard every day, and Zeus was the one who initially found him. Zeus and Kit Kat are the best of friends now and give each other little nose kisses. Arbor Dental Group is here to make you smile.

Thank you! Your submission has been received!
Oops! Something went wrong while submitting the form.
Book Online
Call To Book